We hope you enjoy reading this Winter edition of Rural eSpeaking, and find the articles both interesting and useful.

If you would like to talk further about any of the topics we have covered in this edition, or indeed on any other legal matter, please don’t hesitate to contact us. 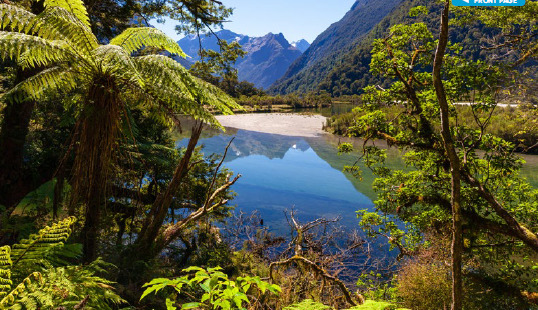 What are they? Should I be concerned?

The identification of ‘Significant Natural Areas’ has been in the news lately. How are these areas defined and what are the implications for rural landowners?

The legislative basis identifying significant natural areas is in section 6 of the Resource Management Act 1991 (RMA):

In achieving the purpose of this Act, all persons exercising functions and powers under it, in relation to managing the use, development, and protection of natural and physical resources, shall recognise and provide [our emphasis] for the following matters of national importance:

The RMA is nearly 30 years old, but it is only fairly recently that the people exercising the functions and powers under it (in respect of this section, mainly being regional councils) have stepped up the process of identifying the areas of ‘significant indigenous vegetation and significant habitats of indigenous fauna’.  This is the first step in complying with their obligations under section 6(c) of the Act.

In practical terms, regional councils are identifying and recording these areas within their territory – some of which are on private land. This process has, however, been somewhat controversial partly because what is ‘significant’ is not defined by the Act and, as a result, it has been left to each council to interpret this individually, largely using case law and ecological guidance. This has led to inconsistencies between local authorities recording these areas.

What does it mean for a landowner once a significant natural area has been identified on their land?

First, it means is that the area will be identified on the council’s records.

Second, the use to which that land can be put is likely to be more controlled. That doesn’t necessarily mean that its existing use will be stopped — although it could. It does mean, generally speaking, that existing activities are unlikely to be able to be intensified and new activities are likely to be subject to tighter controls, if permitted at all.

The concern for a private landowner having such an area on their land is that it potentially reduces the value of that land by limiting the use to which it is put; it also reduces the ability to change or vary the current farming practices in relation to the land. It is seen as a fetter to an individual’s private property rights.

Is there any compensation for a landowner who has such an area identified on their land? The answer is no. Direct government compensation has been ruled out. There have, however, been instances where the Native Heritage Fund has purchased land where large significant natural areas have been identified. There may be some financial assistance in the form of rates rebates, or funding for fencing of the areas and for pest control.

Some greater certainty might be achieved when the proposed National Policy Statement for Indigenous Biodiversity (NPSIB) is finalised. A draft NPSIB was released in 2018 and recently the Associate Minister for the Environment, the Hon Phil Twyford, agreed to extend the timeframe for the delivery of the final version of the NPSIB to the end of this year.

The intention of the NPSIB is to provide ‘clear direction to Councils on their responsibilities for identifying, protecting, managing and restoring indigenous biodiversity under the Resource Management Act 1991’. Therefore, at the very least, the NPSIB should provide some consistency between councils and certainty for landowners as to what the effect of having a significant natural area on their land might mean.

Given that the entire RMA is being reviewed and is likely to be repealed and replaced by two separate statutes, one has to presume that the current uncertainty and inconsistency may continue for some time. Whatever the form of the new laws relating to the use and development of land takes, it is certain that rules relating to the protection of indigenous flora and fauna will be an important part of that reform. Given the work that has already gone into the draft NPSIB, we presume it will be captured by the new legislation in one way or another.

What does ‘alienation’ mean in this context?

There are significant amounts of Māori land in New Zealand in productive rural areas. Much of this land is farmed by way of lease, sometimes in conjunction with adjoining general freehold land. Sometimes these ’joint’ farms have been farmed in this way for generations.

For Maori land to be leased or sold, however, specific rules apply. The Te Ture Whenua Maori Act 1993 governs the ‘alienation’ of Māori land.

Why Māori land is so tightly controlled

The preamble to the legislation tells us why alienation of Māori land is so tightly controlled as it states:

‘Whereas it is desirable to recognise that land is a taonga tuku iho of special significance to Maori people and, for that reason, to promote the retention of that land in the hands of its owners [our emphasis], their whanau and their hapu, and to protect wahi tapu: and to facilitate the occupation, development and utilisation of that land for the benefit of its owners, their whanau, and their hapu: And whereas it is desirable to maintain a court and to establish mechanisms to assist the Maori people to achieve the implementation of these principles.’

‘Alienation’ under the Act is a very wide term and includes:

However, alienation does not include:

Different rules apply regarding the alienation of Māori land; all are dependent on the status of the land and how it is owned.

Māori customary land is defined in the Act as ‘land that is held by Maori in accordance with tikanga Maori and shall have the status of customary land’.

Māori land that is owned by Māori incorporations tend to be larger blocks that are economic in their own right. This contrasts with Māori land owned by trusts and (particularly) owned by groups of individuals in common that are often smaller and not economic in their own right. Often several blocks can be found adjacent to each other, but with similar, but not the same common ownership. Agglomerating these blocks into an economic unit can be challenging and an understanding of what are fairly complex rules and procedures is necessary. However, as we can see from the preamble referred to above, the aim of the  Te Ture Whenua Maori Act 1993 is not only to retain land in Māori ownership, but to ‘facilitate the … development and utilisation of that land for the benefit of its owners…’. To that end, alienation, particularly by way of lease, to an appropriate lessee is a useful mechanism for achieving some of the Act’s aims.

If you have an interest in Māori land that could be leased or sold, or if you are looking to lease Māori land to use as part of your farming operation, getting advice from a lawyer who is experienced in Māori land law and wāhi tapu is vital. Please don’t hesitate to be in touch with us if you are in this situation. 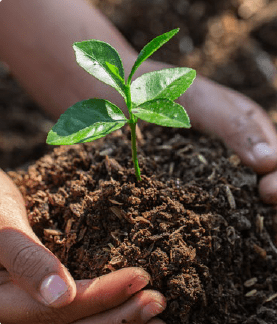 On 31 May, the Climate Change Commission provided Parliament with its final advice on the New Zealand Emissions Trading Scheme before the government sets the first of three emissions budgets later this year. In this advice there was significant consideration on land use and the impacts of afforestation.

The Commission recommended the Emissions Trading Scheme be amended to manage exotic afforestation and provide assistance for local government in mitigating the local impacts of afforestation.

With a large proportion of carbon sinks across New Zealand planted in Pinus, this will have an impact on both existing forestry blocks and blocks that will be planted in the future. The Commission has instead shifted its focus to reduce gross carbon dioxide which is largely produced by burning fossil fuels.

We will watch how the Commission’s recommendations progress during the year, and will provide more information as it comes to hand.

In order to address an acute shortage of experienced dairy sector workers, in June the Minister of Agriculture approved a Class Border Exception for 200 migrant dairy farm workers, along with their families, to enter New Zealand. There were 150 positions available for herd managers or assistant farm managers and 50 farm assistants. In addition, 50 general practice vets (and their families) were granted exemptions to enter New Zealand.

An assistant farm manager must earn over $92,000pa and have at least two to four years’ work experience; herd managers must earn above $79,500pa. Farm assistants must earn above the median wage which is classified as $27.00/hour and roles must be in regions that have acute shortages of dairy sector workers.

All workers must come into New Zealand before April 2022. Employers must make a commitment to pay the costs for Managed Isolation and Quarantine (MIQ) and pay their worker’s salary whilst they are in MIQ.

It is estimated that the workers will be on the farm approximately 17 weeks from the initial application.

What is a ‘state of emergency’?

The local civil defence group (which includes emergency services, police and volunteers) is then deployed who may, for example, set up first aid posts, provide shelter to those affected and assist with the rescue of people in danger. In a nutshell, a local state of emergency allows the authorities to protect people and the community.

Most importantly, the leader of the civil defence group has the power to enforce the evacuation of an area, authorise entering a premise to save lives and enforce road closures; all of these were implemented when Ashburton’s stock banks were at risk of breaching the township and Westport was flooded.

DISCLAIMER: All the information published in Fineprint is true and accurate to the best of the authors’ knowledge. It should not be a substitute for legal advice. No liability is assumed by the authors or publisher for losses suffered by any person or organisation relying directly or indirectly on this newsletter. Views expressed are the views of the authors individually and do not necessarily reflect the view of this ﬁrm. Articles appearing in Fineprint may be reproduced with prior approval from the editor and credit being given to the source.
Copyright © NZ LAW Limited, 2021. Editor: Adrienne Olsen. E: adrienne@adroite.co.nz. M: 029 286 3650. ISSN 1174-2658 (Print) ISSN 2744-3973 (Online)