Welcome to the Winter/Spring issue of Rural eSpeaking. We hope you find the articles both interesting and useful.

If you would like to talk further about any of the topics we have covered in this edition, or indeed on any other legal matter, please don’t hesitate to contact us. Our details are at the top right.

Recommendations with the government

In the Autumn 2022 issue of Rural eSpeaking we wrote that, following a period of public consultation, the He Waka Eke Noa (HWEN) Partnership was about to provide its recommendations to the government on how best to equip farmers to measure, manage and reduce on-farm agricultural greenhouse emissions.

In its report to the government, HWEN has recommended a farm-level split-gas levy pricing system. The key features are:

Levy rates yet to be set

At this stage, levy rates have yet to be set. The modelling has, however, estimated that if a farm-level split-gas levy was applied to agricultural emissions, along with incentives for actions to reduce emissions, then an additional 4% to 5.5% reduction in gross methane emissions and 2.9% to 3.2% in gross nitrous oxide emissions between now and 2030 is achievable (over and above the baseline achieved by other environmental policies).

These reductions would come from a combination of within farmland use change, change in farming practices and the uptake of new technologies.

If this model is adopted, HWEN would be placing responsibility squarely on the heads of individual farmers, making them (to a certain extent) in control of their own destiny, by making decisions and adopting practices based on their emissions from their farm. This will almost certainly lead to changed farming practices and, in some cases, the current farming set up may well become economically unviable.

Government has not yet agreed to proposal

It is important to note that the HWEN recommendations are just that; the government will consider those recommendations (with advice from the Climate Change Commission) and make its final decision in December 2022.

If the government accepts the HWEN recommendations, the relevant legislation is likely to be drafted in 2023.

Obviously, any levy system will add to on-farm costs which are already under pressure. During the consultation period, farmers raised concerns for the future of the primary sector and they expressed the importance of remaining internationally competitive.

HWEN noted that deer, sheep and beef operations will probably face a greater impact on their bottom line than dairy operations. Modelling showed that, in general, the impact on average farm profit varied from zero up to 7.2% (with a significant variation across farm systems with some farms being impacted more significantly than others).

There is a challenge ahead for the primary sector. Nothing is certain, however, until the government makes its final decision with more critical decisions to follow, most noticeably in the pricing area. 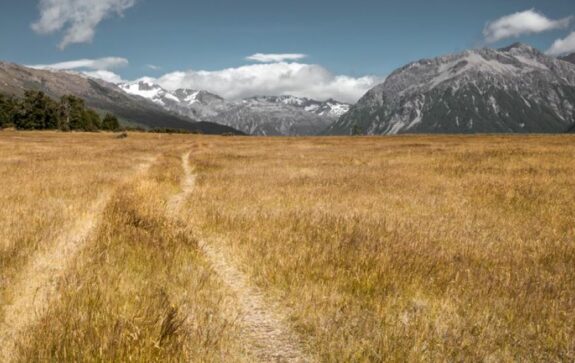 In the Autumn 2019 (No 29) issue of Rural eSpeaking, we reported that the Land Information Minister had announced that tenure review of Crown pastoral land under the Crown Pastoral Land Act 1998 (CPLA) would end. On 17 May 2022, the Crown Pastoral Land Reform Act 2022 (CPLRA) became law. In this article, we outline what is included in the new legislation, what will continue to be dealt with under the old Act, and how the Crown proposes managing this land.

In February 2019, the then Minister of Land Information, the Hon Eugenie Sage, introduced a discussion document setting out proposals as to how Crown pastoral land could be managed following the end of tenure review. Feedback was sought on the implications of ending the tenure review, the outcomes the Crown was seeking for Crown pastoral land and what changes could be made to the Crown Pastoral Land Regulatory System to achieve those outcomes.

The passing of the CPLRA on 17 May 2022 (the Commencement Date) is a result of both the resolution to end tenure review, and the decisions made following the circulation of the discussion document and the feedback received. Tenure review ended on the Commencement Date (except for some exemptions as set out in column 2) with most of the rest of the CPLRA coming into effect on 17 November 2022.

Aspects continuing under the old legislation

All other tenure reviews are discontinued, and the Commissioner of Crown Lands is not to take any further actions to progress any of those reviews.

There were certain other matters that, if they were in progress under the CPLA or the Land Act 1948, will continue to be dealt with notwithstanding the passing of the CPLRA. These are[2]:

These matters must be dealt with by the Commissioner as if the CPLRA had not been enacted.

How will the Crown manage this land?

With the ending of tenure review, how does the Crown propose to manage this land?

to purchase the freehold of parts of it.

How does the Crown propose to fulfil the objectives of the CPLRA? These are[3]:

To provide for the administration of pastoral land in a way that seeks to achieve the following outcomes:

Crown will be a more active landlord

The CPLRA intends to achieve these objectives in the ways that were foreshadowed in the discussion document. Basically, the existing regulatory regime is to be beefed up so that the Crown is a more active landlord in promoting the ecological, landscape, cultural heritage and scientific values of the land. Exactly what form that will take, however, is still uncertain. Much of the Act will not come into force until 17 November 2022, by which time the regulations and various standards should be enacted.

What is certain, however, is that farmers on Crown pastoral land are going to be more restricted in what they can do without needing to apply for consent. As always, when consents are required, the process is slow and costly, so there will be an economic impact on farmers. 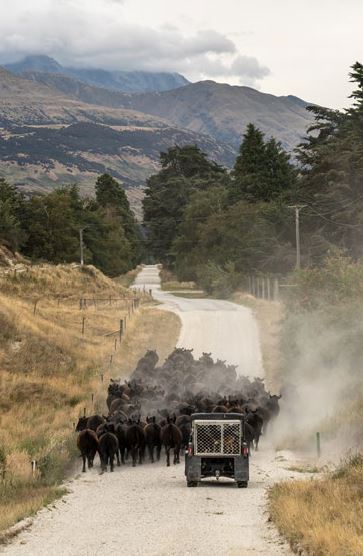 Health and safety on farms

Between June 2020 and May 2021, WorkSafe New Zealand recorded 12 workplace fatalities in the agricultural sector, while 2,517 workers in the sector had work-related injuries requiring them to have more than a week off work. Any fatality or serious injury which occurs at a workplace is a tragedy and it is therefore important to have health and policies in place which are fit for purpose and protect both employers and employees.

Although it is not a formal duty, it is the responsibility of all individuals in a workplace to identify any hazards, assess their risk, actively take steps to control that risk and to report any hazards they have identified. There are also specific formal obligations owed by both employers and employees which are summarised as follows:

Health and safety on the farm is hugely important. Failing to have proper policies in place and/or failing to comply with these policies can lead to serious fines and/or imprisonment.

The Tasman District Council (TDC) has recently proposed changes to its stock control bylaws. If these changes are adopted, there will be major implications for the Tasman rural community.

Some of these proposals align with other districts that have already implemented similar bylaws, however some proposals by the TDC go even further.

The TDC proposes introducing further signage requirements to stock warning signs. If the bylaws are passed, all stock warning signs in the Tasman district must be placed in front of the crossing by a distance equivalent to three times the speed limit of the area. A crossing is any part of the road used for the purpose of driving stock across the road. This aligns with Waka Kotahi NZ Transport Agency’s guidelines for best sign locations. There are a number of district councils across New Zealand that have implemented similar bylaws.

Perhaps the most controversial proposed bylaw, however, is the obligation that farmers would have to hold livestock 50 metres back from the road’s exit point until all traffic has passed. There are understandably concerns as to the practicality of this proposal.

Public consultation on the proposed stock bylaws remains open until 1 August 2022. The proposed changes will not only affect the Tasman district rural community, but could also influence other councils to update their stock control bylaws.

It is important to understand your legal responsibilities when moving livestock on roads. To learn more about stock bylaws, contact your local council or look at its website for useful summaries on your obligations.

The live export of cattle often means that farmers receive higher prices for their cattle than they would in the domestic market. Despite this, farmers run the risk of incurring significant loss when livestock exporters cannot meet their obligations under a live export contract (contract entered into by a farmer/s and a livestock exporter that records the terms of selling and shipping livestock overseas).

A livestock exporter may be unable to ship cattle overseas if, for example, they are unable to arrange a ship to transport the livestock. This occurred in May 2022 when livestock exporter Genetic Development (NZ) Limited (GDNZ) was unable to arrange a ship to collect 12,000 or so cattle from New Zealand. GDNZ was forced to abandon the contracts it had signed with farmers across New Zealand and relied on a force majeure clause in the respective contracts to do so.

A force majeure clause allows a party to be released from its obligations under a contract when that party is unable to fulfil their obligations due to unforeseeable circumstances. In the GDNZ situation, some farmers had to sell their cattle on the local market at a lower price than they would have received if the cattle had been shipped overseas.

The GDNZ example shows that farmers should carefully review contracts to understand the implications of force majeure clauses and their ability to receive compensation for loss suffered in the event such a clause is invoked.

If you are involved in live export contracts and are unsure about the wording or implications of a force majeure clause, please don’t hesitate to contact us.

DISCLAIMER: All the information published in Fineprint is true and accurate to the best of the authors’ knowledge. It should not be a substitute for legal advice. No liability is assumed by the authors or publisher for losses suffered by any person or organisation relying directly or indirectly on this newsletter. Views expressed are the views of the authors individually and do not necessarily reflect the view of this ﬁrm. Articles appearing in Fineprint may be reproduced with prior approval from the editor and credit being given to the source.
Copyright © NZ LAW Limited, 2021. Editor: Adrienne Olsen. E: adrienne@adroite.co.nz. M: 029 286 3650. ISSN 1174-2658 (Print) ISSN 2744-3973 (Online)